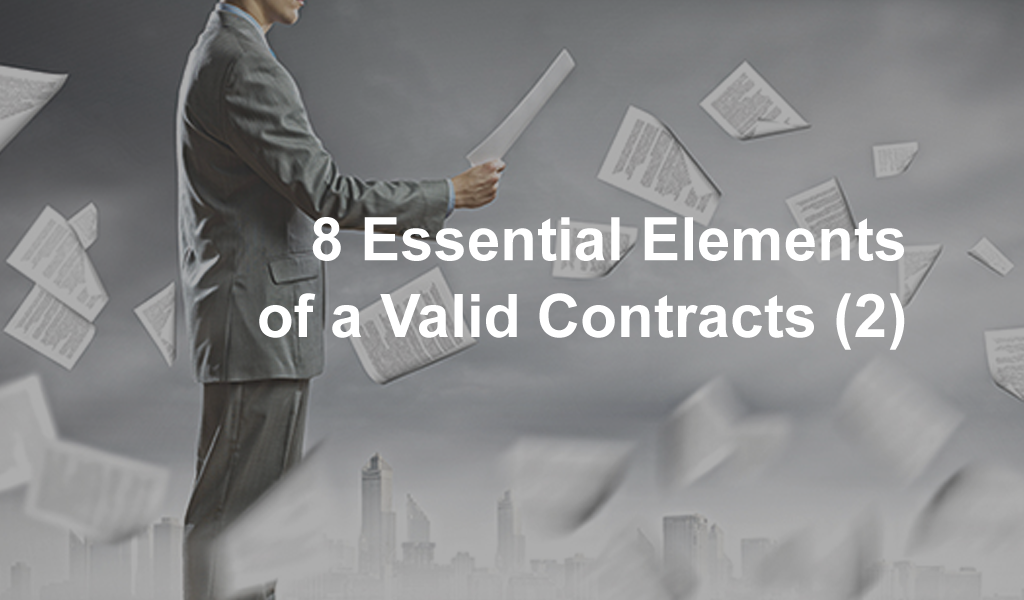 In the last post, we discussed the following four (4) key ingredients of a valid contract. Please click on the link below to read this post again;

In view of the above, let us now discuss balance 4 Essential Elements of a Valid Contract:

Essential Elements of a Valid Contract

E) Certainty and Possibility of Performance

An agreement is ‘certain’ when Scope of Work and Timelines are mentioned specifically rather than generally. Scope means what to do and timelines means when to do. Accordingly, a contract writer must specify the goods or services expressly and clearly. This is necessary so that both parties draw the same understanding out of it. Otherwise, requirements will be subject to multiple interpretation with lot of subjectivity

Accordingly, certainty is important parameter of a valid contract. On the contrary, if the requirements are not definite (i.e. difficult to understand), such contracts become vague & difficult to enforce.

As per section 29 of Indian Contract Act, agreement, the meaning of which is not certain, or capable of being made certain, are void

F) Capacity of the parties (competency)

As per Section 11 of Indian Contract Act, a party is competent to contract, if;

In view of the above, all parties should be competent to enter into a contract. Accordingly, entering into a contract with a minor (age less than as stipulated under relevant law) is void

Further, Section 12 of Indian Contract Act says that a person is said to be of sound mind for the purpose of making a contract, if, at the time when he makes it, he is capable of understanding it and of forming a rational judgment as to its effect upon his interest. Moreover, entering into a contract with a person who is disqualified from contracting by any law is void

Parties must enter into a contract freely and with genuine consent. This means the parties accept the terms of the agreement with their own free will rather than under force. Section 13 of Indian Contract Act, says that two or more parties have consent when they agree upon the same thing in the same sense.

As per section 14 of Indian Contract Act, consent is free when it is not caused by any of the followings: